In 1993, Franco and Patti Bruno opened Frantonios. Franco grew up in Calabria, Italy where he started cooking at an early age. At 15, Franco emigrated to New York and Chicago. Over the years he learned how to make Fresh Mozzerella, Sausage and many other Italian delicacies. Before Frantonios, Frank owned a deli in Bloomingdale, IL.

Patti Bruno grew up in the Northwest Suburbs of Chicago.  She worked as a family therapist and a substitute teacher. She uses skills that she has learned to be ‘behind the scenes’ at Frantonios. Patti is in charge of creating the ambiance at the café as well as assisting customers with catering operations.

The Brunos live in nearby Lake Zurich and have 2 grown children. 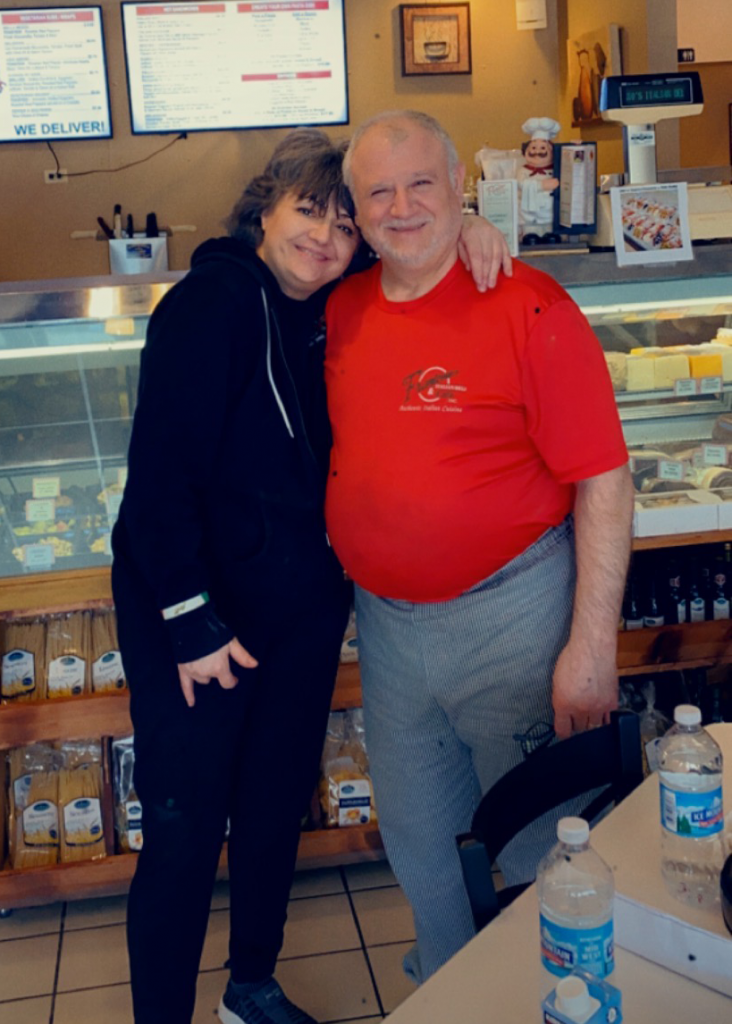